So, you're the kind of person who takes notes by hand, or at least would do so if it were more convenient. Maybe you're on the phone, in a meeting, attending a lecture or some other situation where you think having notes would be a good thing. Maybe you already take notes in longhand writing, but feel like that's not fast enough to keep up with the spoken word.

So, is learning shorthand really worth it for personal note-taking? 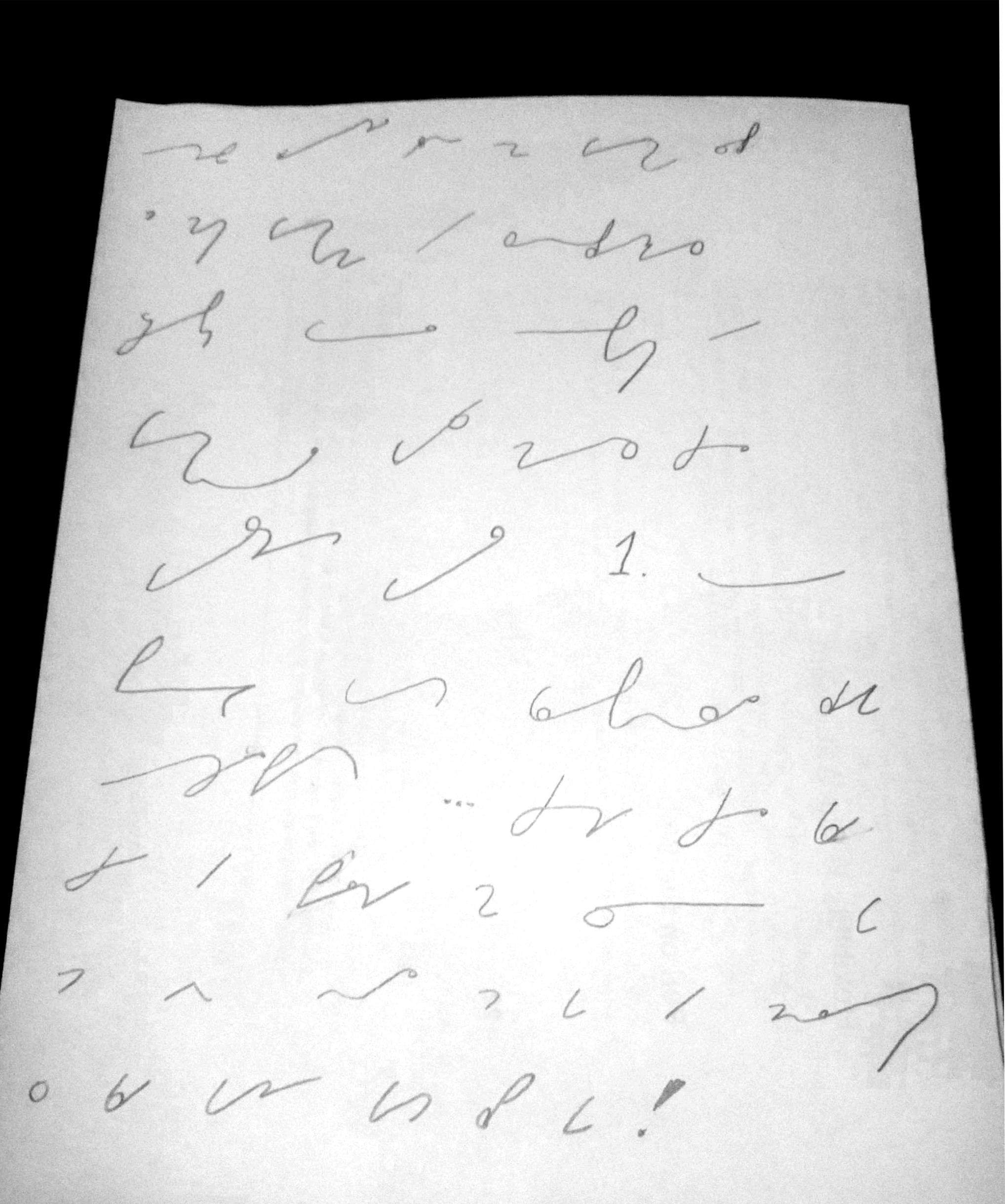 First of all, let's clear up a misconception. The truth is, you don't want to keep up with the spoken word. Unless you're making a verbatim dictation for the benefit of someone else, not keeping up is a good thing, because it forces you to process what is being said and create little summaries using your own words. This helps your memory.

Is that it, shorthand is not worth it, since you don't need to be fast anyway? Quite the contrary.

Any time you stop to write something, you're not listening as actively as you would otherwise. You might consider yourself to be a great multi-tasker, but even the best of multi-taskers sacrifice some attention trying to keep up with two things at once. (Ophir, Nass and Wagner, 2009)

Given that it's a bad idea to write and listen at the same time, you really want to spend as little time possible writing. That's where shorthand fits in. If you know shorthand, you can listen actively for most of the time, and then take short pauses to write down a summary of what was just said. These pauses can be really short, giving you more time to listen.

But aren't shorthand notes illegible after a few months, so you have to rewrite them in longhand anyway? Well, no, but also, so? Shorthand notes remain legible for as long as you know shorthand. My first trembling attempts at shorthand are still fully legible to me, even though I signed some things... unconventionally. That said, if we're talking lecture notes or something along those lines, it's probably a good idea to rewrite them anyway, if you want to remember them.

Another benefit that I didn't understand at first is the one of secrecy. I'm fully aware my shorthand notes are readable to anyone who knows the shorthand system I use. However, that's not very many people. And the client who sits across the table looking down on my notepad is certainly not going to be able to read what I'm writing. Neither will my SO know what notes I've made about presents for her, even though I make them in my personal planner which is often lying open on the kitchen table.

So these are all good reasons to learn shorthand, but is it worth it? The time I invest, will I get it back (and ideally at a profit)? I think so. Even if you only learn 100 words, that already covers over 50% of everything you'll write. I say "only" 100 words, because of course you'll learn letters and build words from them, so learning 100 words isn't actually that hard.

Learning shorthand is the kind of investment that is slightly painful for a week or two, and then you start wondering why you haven't done it earlier. After a few years, you won't even remember learning it; you'll feel like you've known it since birth. During this time, during these 20+ years (depending on how long you plan on staying in control of your hands), the small initial investment will repay itself time and time again.